Family and Friends, I hope you enjoy the photos! Love you all! - Edgar 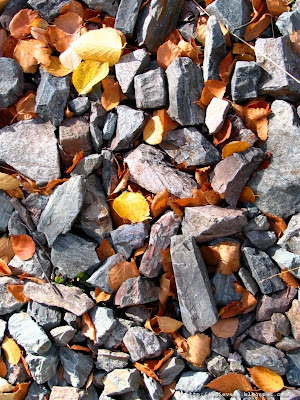 Taken one afternoon on our walk. 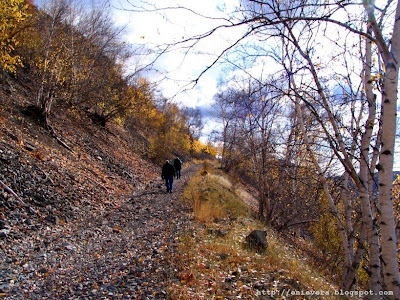 Ron and Paul Walking one afternoon 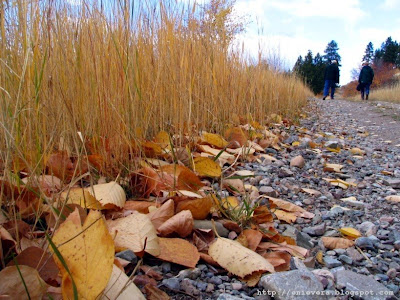 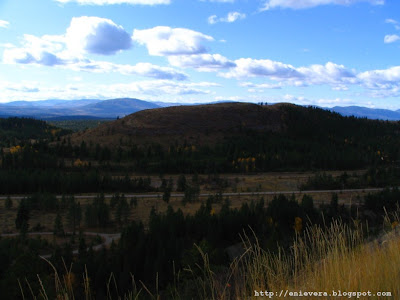 This is Rabbit Mountain. I love going to that mountain. It's not very high - but it is high enough. This is where I get to have a 360 degree view of Elko and the surrounding areas. 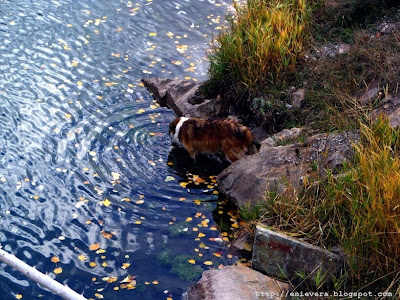 Fox - having a drink from Elk River. 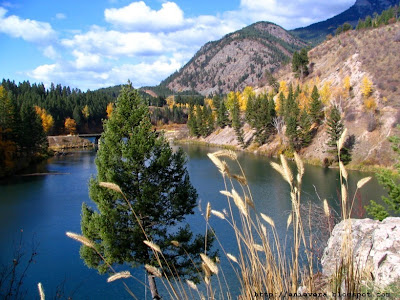 The Elk River - this is the now very common view from our walks. 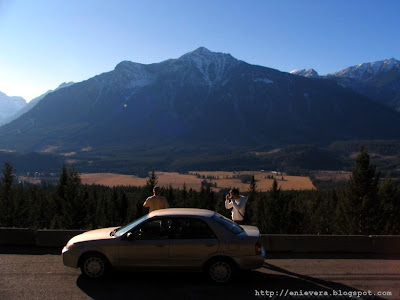 Elkford - One sunday Afternoon, Ron, Myself, Frank and Mike decided to go to Elkford, BC for a drive because both Mike and I have never been there before. I found Elkford to feel "Sad". I wouldn't really want to live in the town area. Something with how the shadow lands in the town area that make it depressing. It's the lighting. It seemed too dark. And since everyone was at work the time we went driving around, the whole town looked dead. I would probably die If i was forced to live there. 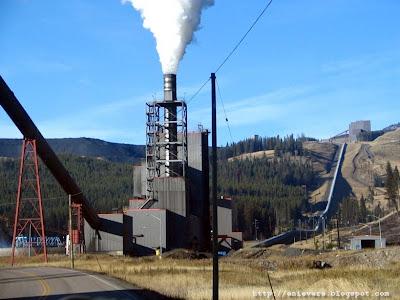 A drive to Elkford, BC. This is what the town of Elkford is all about. Mining. What you see here are huge pipes that channel the coal from the mines to where they can be transported via train. 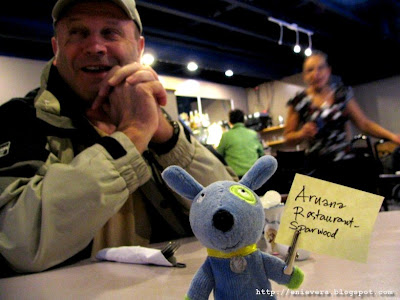 Waiting for Dinner . After that quick drive around the town of Elkford, We stopped by this Chinese Restaurant in Sparwood Called the Aruana. I had lemon chicken with rice and Ribs. It was good - but I've had better. Very friendly waitress though. 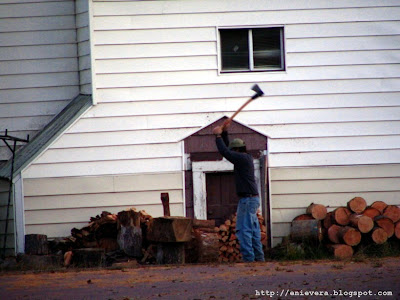 I call this picture "The Terrified Log!" I quick snapshot from the car. In Canada (when I was working for Luke), I learned how to chop wood for Winter. I am still terrified of axes. I guess it is because I find it violent. It still scares me. 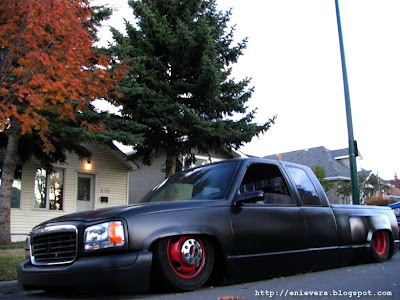 When I first saw this truck sitting on the ground like that in Calgary, I thought to myself "What were they thinking? Isn't that weird?" I found out later from inquiries that It doesn't drive as is. When the ignition is turned, it lifts up and turns into a Normal truck. Hmmmm. 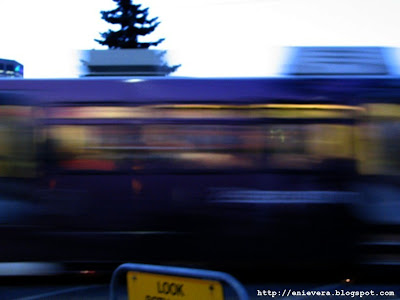 Look out! - The C- Train in Calgary one evening. I never plan for my photos. I take them as they come. I know I could have a taken a better picture, but that would mean waiting for another 20 minutes to take a more artistic photo. I do not really care to do that. 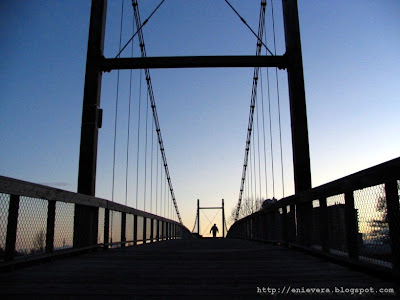 The Bridge - Calgary, Alberta. I asked Ron to just walk ahead of me. This was a nice wooden bridge close to The Calgary Zoo area. We went for our afternoon walk. This time in Calgary. I love going out for walks in different areas - because I see so many new things. 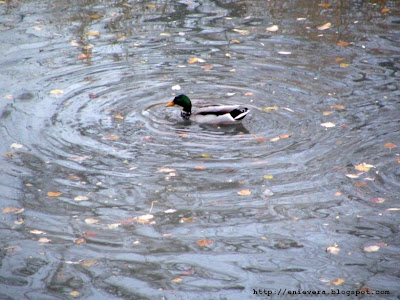 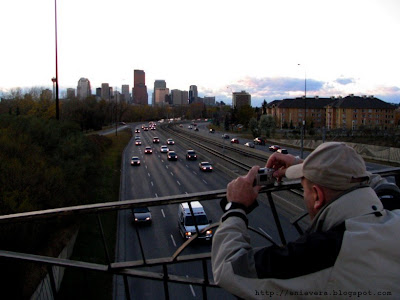 Ron and his tiny Camera. Calgary, Alberta. I always like adding a human subject in any of my photos. In this photo, Ron allows me to remember what I feel like during that time. I guess I try and capture feelings along with my photographs as well. 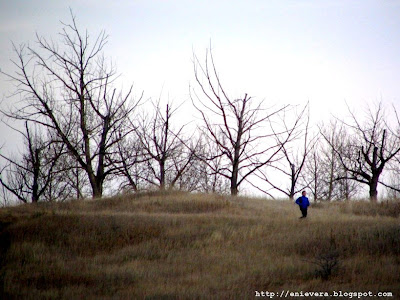 The Lonely Runner. This is another sample of how I can capture that feeling of running by myself - through another. When one knows the "Rule of thirds" - balance and composition - and your camera's metering system, You can take photos of anything you want. 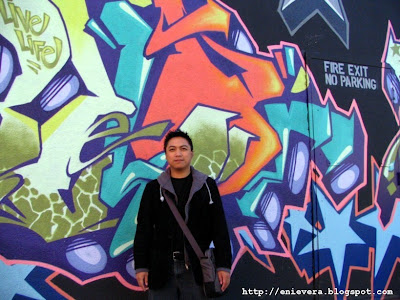 The Camera Store, Calgary, Alberta. Ron and I went to look at Cameras. I will be using the $250 Gift Card I won from London Drugs to get a better camera someday soon. As the types of cameras I want are all above the $250 mark, I have to add a few more $$$ to get a new Camera. Now how is that going to happen? 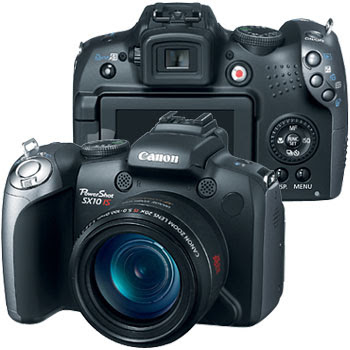 So far, I have decided I will be looking forward to a new Canon Poweshot SX 10. It is powerful and affordable. It is an SLR-Like camera. To go with an SLR digital right now would be inconvenient for me- too heavy, too bulky, plus with an SLR you need so many lenses, and it is soooo expensive, I cannot afford it. For the type of photography I do, this camera will be perfect for me. 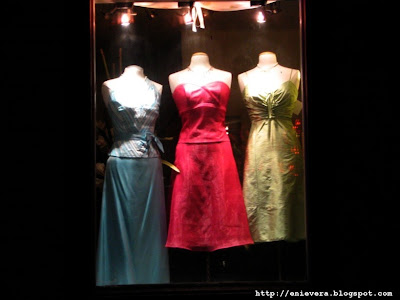 Headless! - The dresses are OK. The Mannequins bother me. 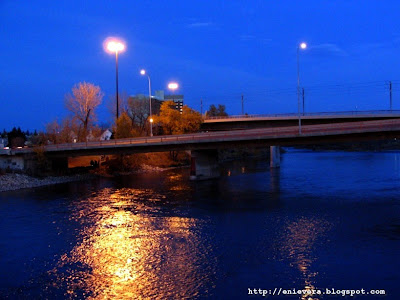 Another Bridge - Calgary, Alberta. I know that the homeless people of Calgary usually like hanging out under the bridge. Poverty is found here too. Mental Illness and drug and alcohol and other chemical dependency does this to some. I wonder if they thought "I need to do this. To be here, and be homeless" I wonder if perhaps they need this to awaken something inside them. Perhaps a higher power actually wants them to learn and become the best they can be - and this might be the situation that will just bring about that. I just hope they all find a way to empower themselves very soon. I only wish the best for them. But they have to do it themselves and they have to really want to help themselves. I wonder how I would turn out If by some circumstance, I had turned into one of them. I'd probably be dead. I don't think I can be that strong sometimes to deal with my own sadness - but for some reason I know that If I did, I will survive somehow. 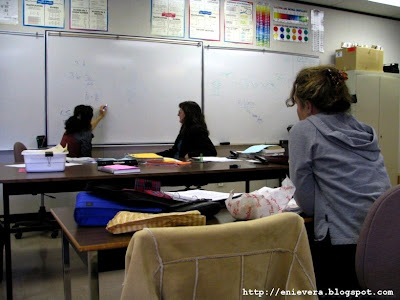 Teacher's Tara and Mary - and fellow ABE student Karolyn at the College of The Rockies in Fernie. 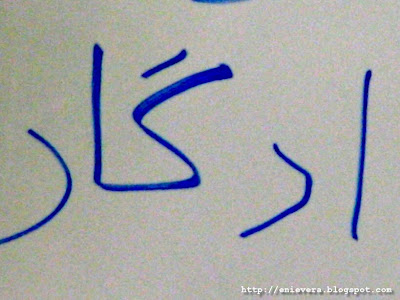 This means "Edgar" in Perso-Arabic Script. 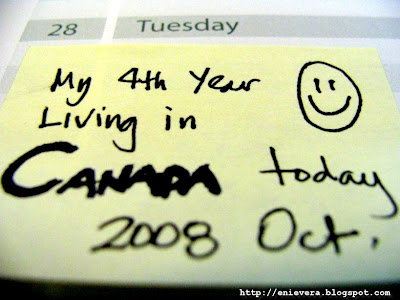 October 28, 2008 - I arrived at the Calgary International Airport this day 4 yrs ago. I look back at the years. So much has happened since then. Time is so amazing. 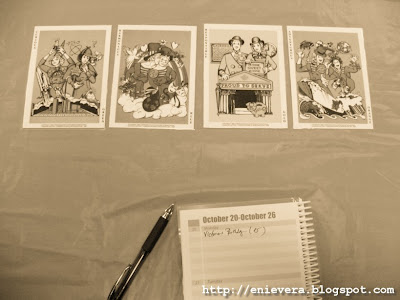 Today, we had a free seminar of the 4 major personality styles based on colors Green, Blue, Gold, Orange. I found out from the test that my personality type is arranged by order as Green (Thinking) , Blue (Feeling), Gold (Order), Orange (Spontaneousness). Green's and Blue's each actually comprise only 13% of the total population. Majority being Gold at 43% and the rest is Orange. 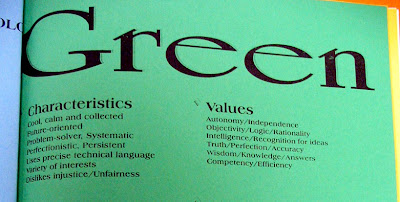 That's why it's so hard to find people like me! There is not that many Green people out there! 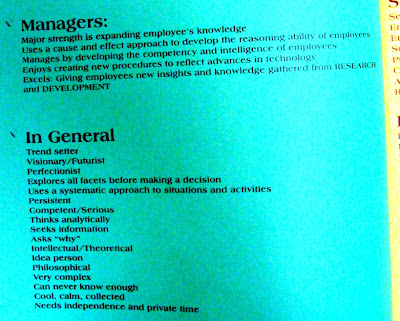 I had also gone online to look at Other personality Type Tests and this is what I have found out about me: 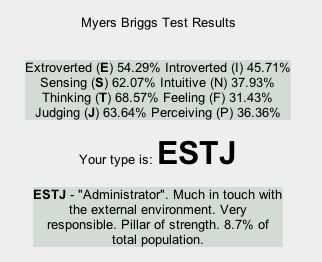 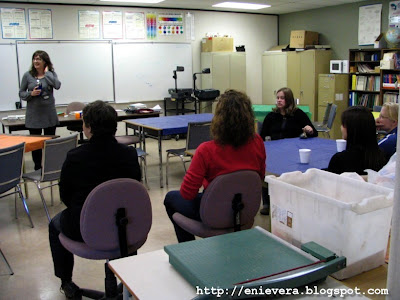 The Free Seminar - Personaly Types based on 4 colors Gold, Blue, Green and Orange. 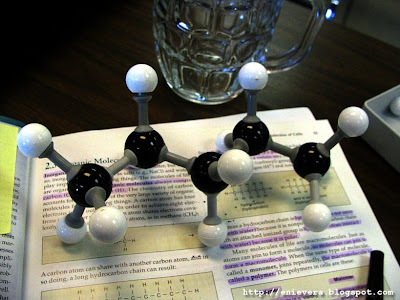 Back to my Chemistry book. I have so much to read I feel like crying!!!!, But Oh well - enough drama! One page at a time. Soon it will be done! 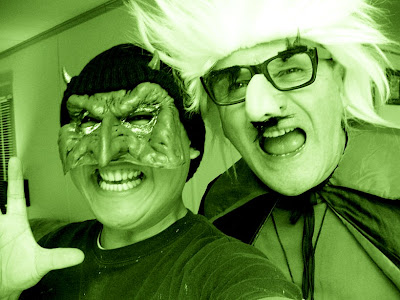 Happy Halloween! Thank goodness we don't have Halloween trick or treating in the Philippines. This North American Tradition doesn't make sense to me at all. Apparently it's supposed to be fun. I don't quite get it though. But here we are putting on our Halloween costume for 10 seconds for a bit of "fun" . After which we just neatly fold them away and store them again till some weird occasion comes up. Ha ha ha!