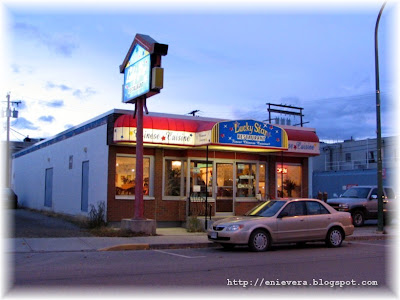 November 2, 2008 - Sunday. Ron, Frank and I went for dinner at one of the Chinese Restaurants in Cranbrook, BC. This ine is called "The Lucky Star". We were the first people to come for the buffet at 4:30PM! ha ha ha! 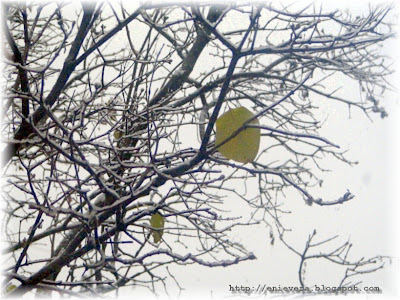 November 4, 2008 - Tuesday. It started snowing today (It's late fall). I think this was this year's first snow fall in this area. I look outside and for sure, winter is definitely coming here already. 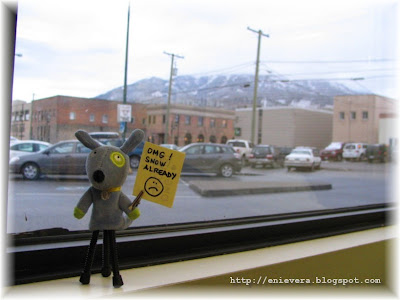 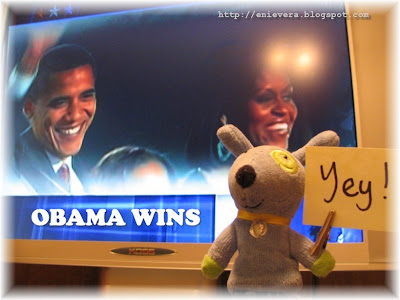 November 5, 2008 - Wednesday. Tonight we found out as it was happening - Obama won the US Presidential race. Wow. Did you see it on TV too? I was touched by it! It brought tears to my eyes. Wow. I sure hope he does an excellent job. Bush was the worst President of the US according to one report on TV. Such a Pity that he had created so much problems - that now, Obama's main job is to fix what Bush had created. What a loser Bush was. 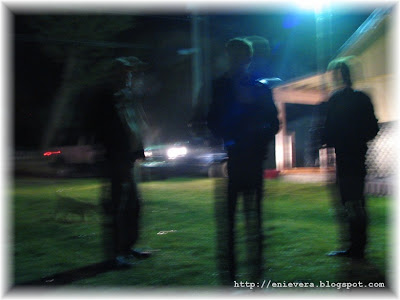 November 7, 2008 - Friday. Talking outside in the dark. Waiting for the car engines to warm up. 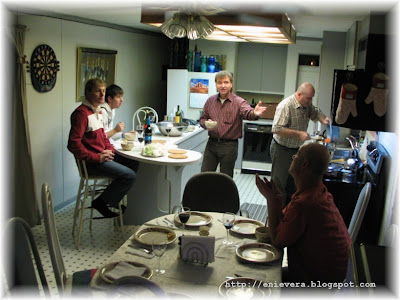 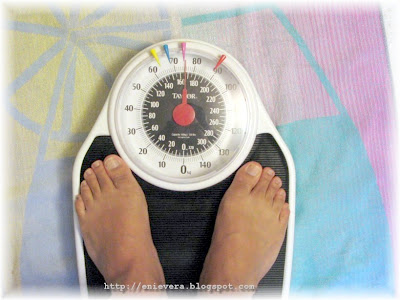 November 9, 2008 - Sunday. I found out I am now 165 lbs. (I should only weigh between 139 to 145 lbs) at 5'5". That's the reason why my feet and my heels are in pain again only after a few minutes of walking. I realize I have to start doing something about it again. I constantly struggle with my weight. So sad. I checked the scale again after a few days and to my horror - i was 170lbs. Another 5 lbs heavier! *aaaww!!!* 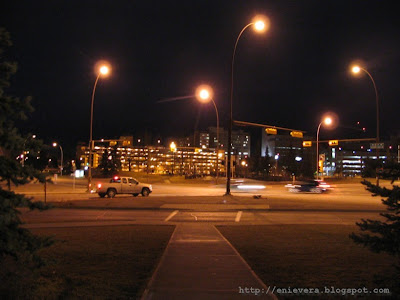 November 11, 2008 - Tuesday. Eric had to be brought to the Hospital. They had found that he had blood on his brain and It needed to be drained out otherwise, he would have a stroke. Scary! 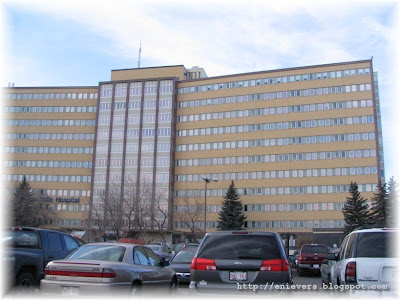 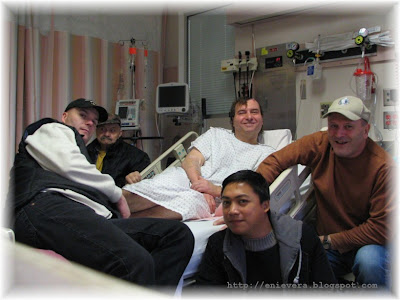 November 12, 2008 - Wednesday. Eric is awake and full of life! after the brain surgery *Sigh of relief* . Everyone is so happy to see him well. 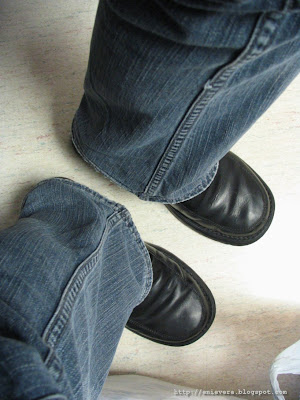 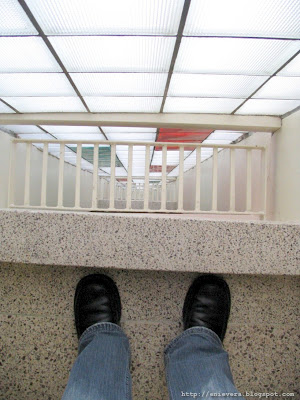 So I decided to take the elevator to go downstairs, Then from the 1st floor, I started walking up to the 11th floor. The stairs were more challenging than I thought! It brought my heart rate up
and I felt really good after. Here is a glimpse of the 11 floors. 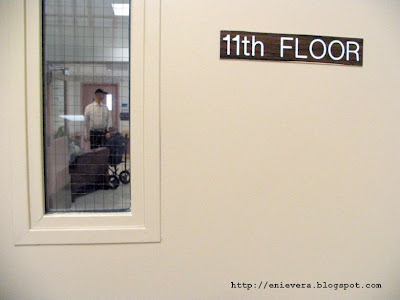 Finally - 11th floor! I should do this more often. I need to exercise! 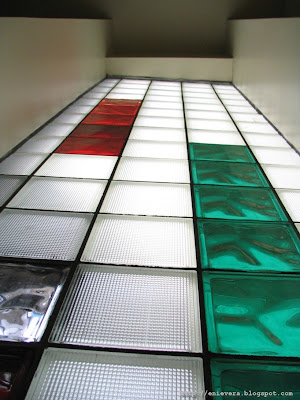 I decided to take a photo of the glass bricks. I liked the colors! 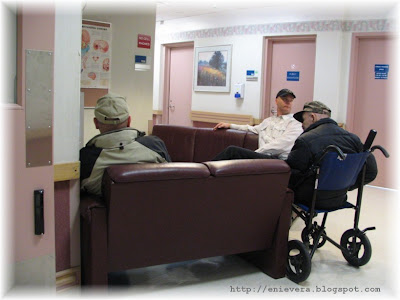 This is the Hospital Waiting Area. 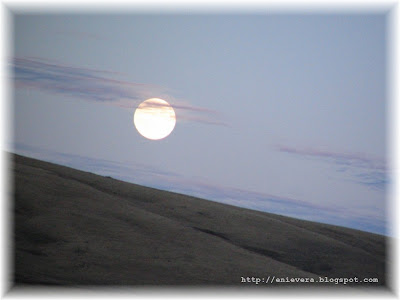 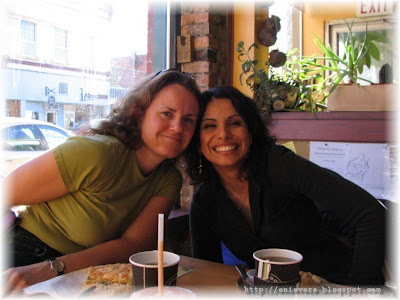 November 14, 2008 - Friday. Today is my 33rd Birthday. Here on this photo you see Karolyn and Tara - It's Tara's Birthday on the 16th and she had decided she wanted to treat us for lunch! It was so thoughtful! 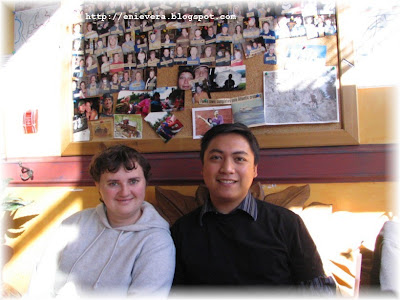 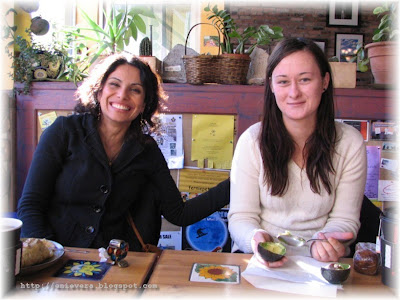 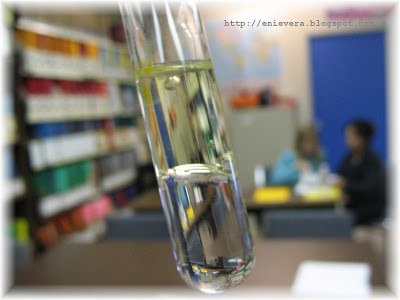 After a nice lunch, we all had to get back to class. I had to go and complete my Lab work and Chemistry Test. I still have so much to do! 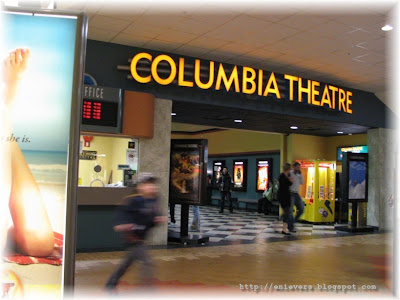 Ron and I went to watch a movie in the evening. We drove 45 minutes to Cranbrook. 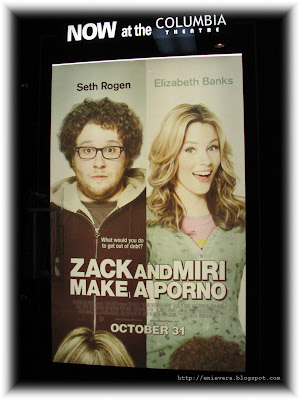 This was the movie we went to watch. It's comedy. It does require a lot of open mind. Keep your mind open, and your judgements aside, It's really quite funny. 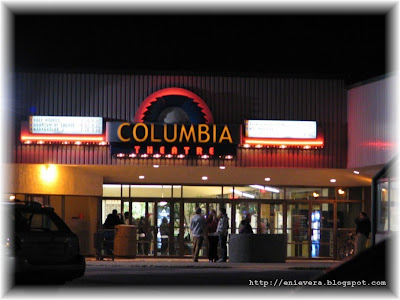 The Movie Theatre in Cranbrook, just as we were leaving for home after the show. 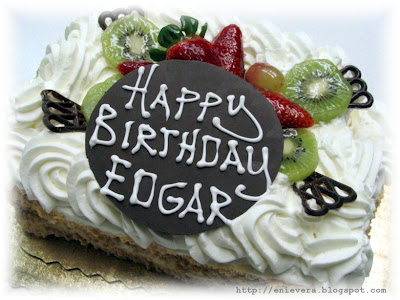 When we got home, just as I got in the door, Tim and Eric and Ron started singing "Happy Birthday" That was really good of them. Then I realised they were singing excitedly so we can all right away start digging into the cake! hahaha! That was funny! Thanks so much! I really appreciate it! 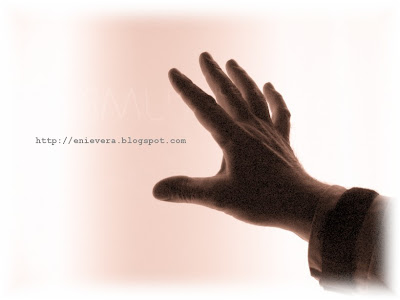 Ron's hand. I took this from earlier when we were at the movie theatre. One of the posters were taken off from the display and it left this nice white Background for this shot. I should have taken a side profile silhoette. I forgot to! 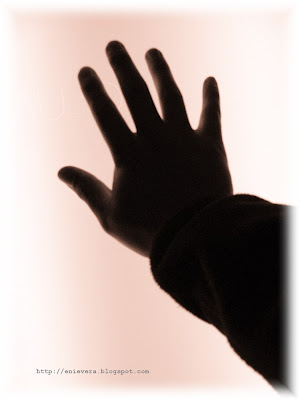 This is my hand. Until next, e-mail! Thanks for dropping in! Thank you so much to the e-mails and Happy birthday greetings you guys sent. I really appreciate them! Although I only had a few birthday e-mails this year, I am quite happy that my dearest and closest friends and family still remember me on my birthday! Salamat po! Love you all!
at November 15, 2008
Email ThisBlogThis!Share to TwitterShare to FacebookShare to Pinterest
Labels: 2008, Birthday, Calgary, Cranbrook, Fall Season, Fernie, Hospital