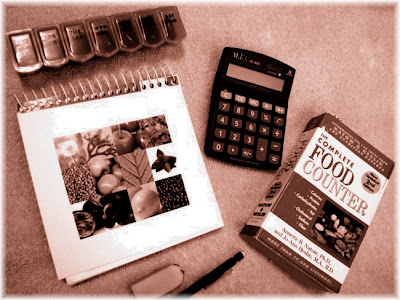 Dear Friends and Family, How is everyone doing? I hope everyone is doing well and good. As for me, I am still working on my weight. I am now 146 lbs. I am now 3 pounds close to my target weight of 143 lbs. I want to be able to maintain that weight for a long time. It has been so easy losing the excess weight. The photo above are my tools for losing weight. It's all about the numbers (calories). I feel really good. 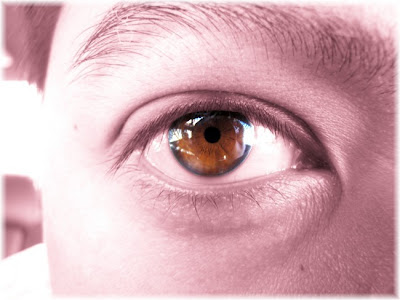 Here's looking at you! hahaha! 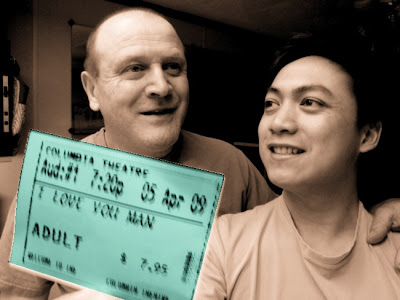 Ron and I went to watch a movie "I Love You Man!" that was a really good movie. 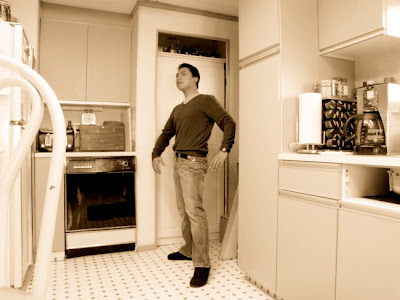 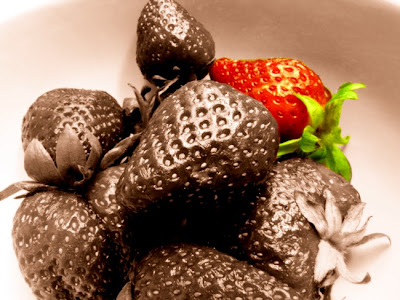 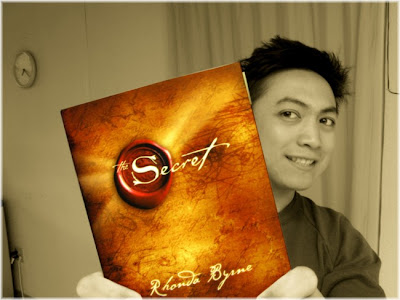 I totally recommend this book. It's very Inspiring. Actually, It inspired me to focus on the positive. It's good to be reminded once in a while, because sometimes we easily forget to channel thoughts toward the light. This is a very practical yet very wise book. 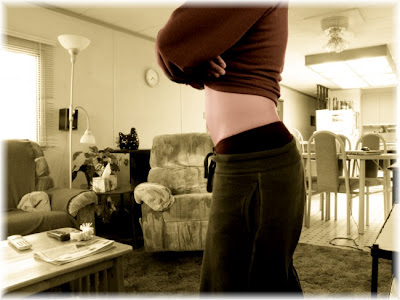 My tummy is now flatter. Take note: I wasn't sucking it in. I used to have to suck it in to get it to look like that. Now it's just flat! I think I want abdominal definition next time. 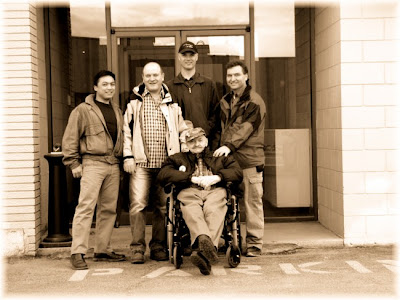 Frank's Birthday - He turned 90. He is now a Nonagenarian! 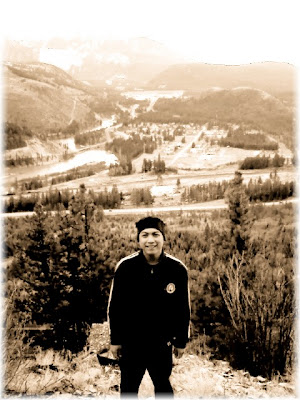 Taken with my celphone - when Ron and I went out for a walk . Behind us is a view2 of Elko, BC. That's the town we live in. 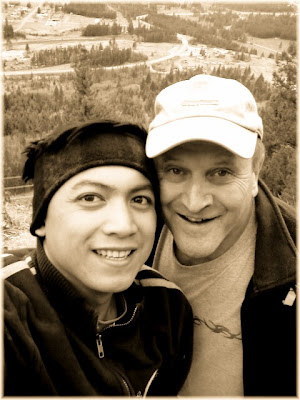 I think we just discovered another favorite place to hang out! I love the view! I think next time, Ron and I will bring wine and some apples and play music with my celphone while watching the view. Next time, I will bring a real camera. But the celphone was ever handy that day!
That's my latest update for now! Happy Birthday to all the April Birthday celebrants! I send my love to all of you!
at April 16, 2009 4 comments:
Email ThisBlogThis!Share to TwitterShare to FacebookShare to Pinterest
Labels: 2009, Books, Spring Season, Weight Management 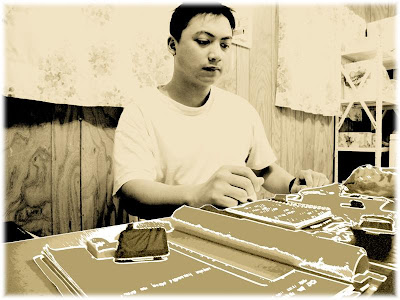 Dear Family and Friends, so far all is well here. I took this photo while I was taking a break from studying at home. I study everyday - at least 4 hours (sometimes as much as 8 hours).That's the reason why I have been lagging way behind all the e-mails and communication with all of you. I apologize. I thank all those who have sent me messages on facebook, friendster, multiply. (I do have MySpace - but that's basically useless for me as almost everyone else I know is using some other social networking site. ) I did get a lot of invitations to join some other newer social networking sites. All of which I declined. I honestly do not want to join any more than the 4 ones I already have! (Oh! I forgot - I do have YouTube too!) I have way too many! I did enjoy seeing all the new photo uploads from some of you! Thanks so much for that! Keep sharing! 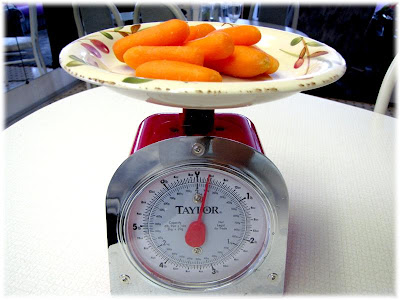 I had been gaining weight for about a year now, that as of February 22, 2009 I was about 170lbs (from 143 lbs). I saw a photo that a friend of mine uploaded on facebook and I had a wake up call. I weight was starting to get way out of control just like in 2005! I don;t want to be too fat! Already my feet are getting sopainful from the excess weight!

So knowing full well based on my 2006 experience on how effective it is for jumpstarting weight loss (yes it's very effective - pay attention if you too are having excess weight issues. This is my advice. It worked for me, I hope it works for you too.

Before I started, I made sure I really wanted to lose weight. I looked at my reflection in the mirror and Imagined myself at 143 pounds. I even went to write on the mirror "I Look great! I see myself weighing healthy at 143 pounds! It's amazing!" underneath it, I wrote. I promise to focus only on the good. I will not let negative thinking keep me from my vision. I closed my eyes, took a deep breath and said "OK edgar, let's get this weight issue resolved"

I assembled my Calorie Counting Kit on February 27, 2009. This included the following:

(1) A Notebook (to record what I eat and the calorie value for the amount that I ate)
(2) A Pen
(3) A Calorie Counting Book as reference
(4) A Calculator
(5) A Pillbox for my Fat Burners
(6) A Food Scale (to measure food weight).

Here are some from my food Diary:

I want my body to get used to 150 lbs for a while, then get going down to a very healthy 143 pounds. Warning: Please do not go on a less than 800 calorie a day diet unless supervised by a doctor!. 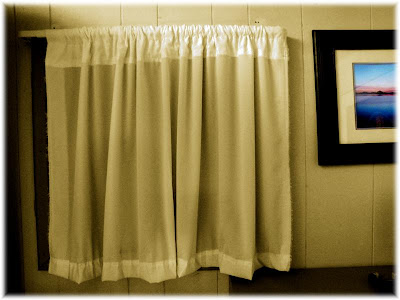 I made this curtain. I am still learning how to use the sewing machine. It was a bit rough looking still, but it is so much more improved that all the other stuff I tried to do. 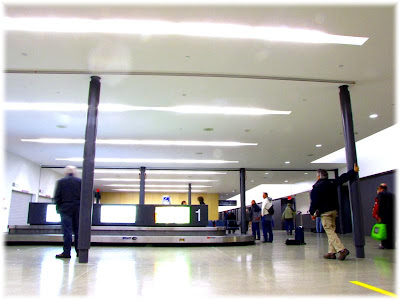 Ron and I went to Pick up Mike from the airport. All that driving around is tiring. 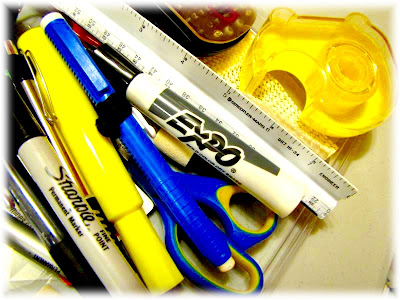 Taking a break from my self studying at home. One page at a time. Soon, this will be done! 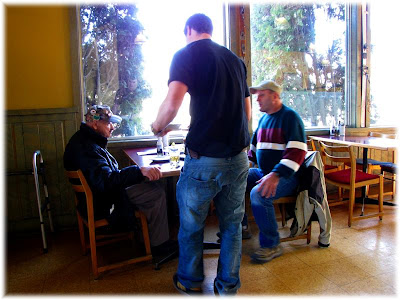 Ron took his dad out for an early supper. That's the waiter bringing the food. I was busy taking photos of the artwork I saw in the restaurant. 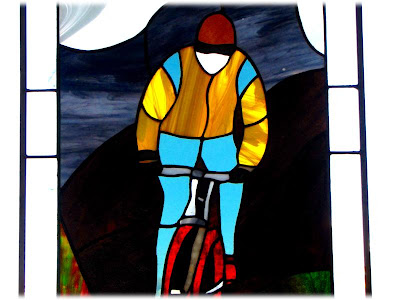 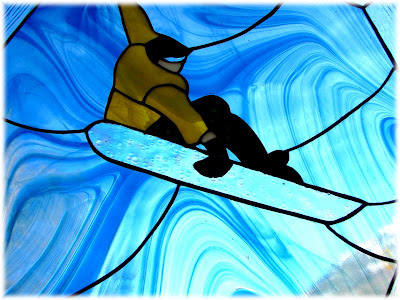 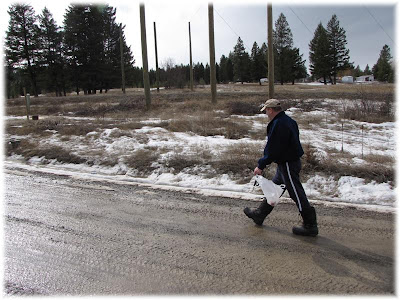 Ron out for a walk. 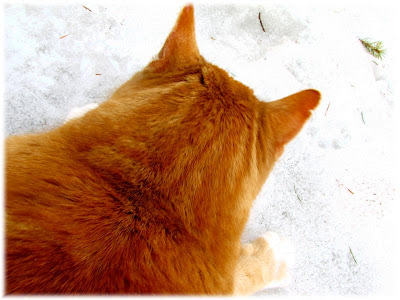 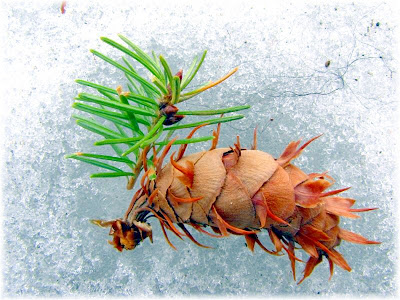 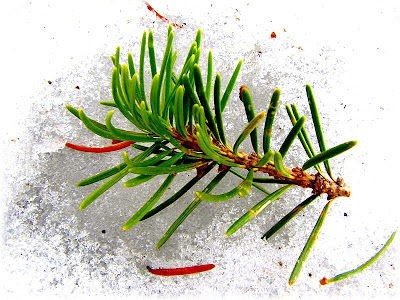 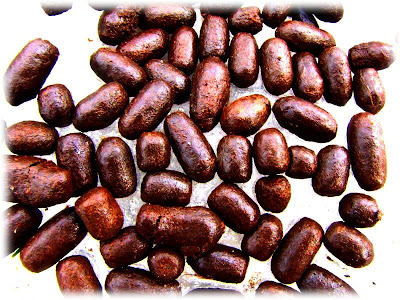 Deer Droppings. Of all the things to take a photo of! hahaha! But the pattern! Look at it! 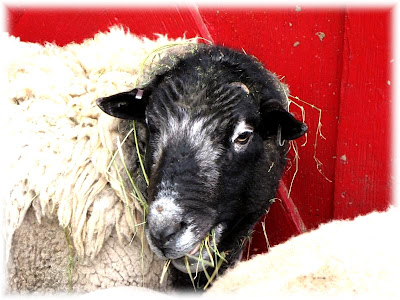 The Mama Sheep, giving me that "America's Next top Model" look. 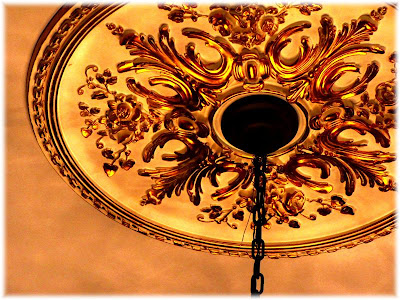 Golden Pattern from the Prestige Inn, Cranbrook, BC 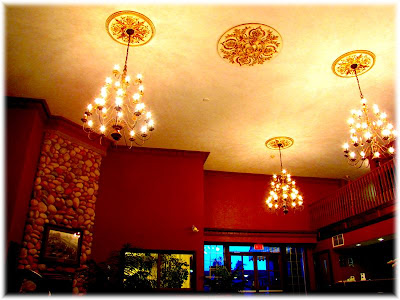 The same place where I was sitting at that time, Having coffee with Ron and Garry A. 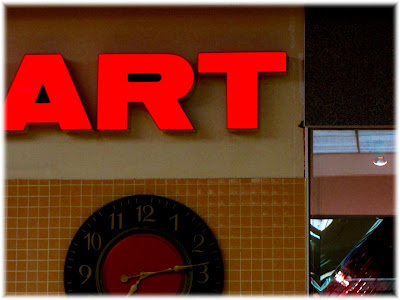 Taken at the Tamarac Mall, Cranbrook, BC. That's the signage from Shoppers Drug Mart. 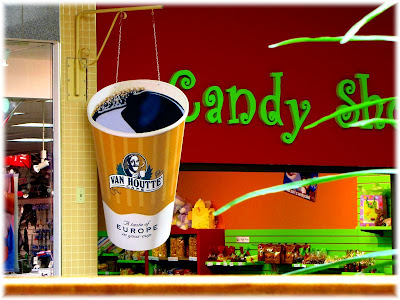 I like this hanging cup of coffee sign. It looked so real from where I was sitting (having lunch) with Ron. 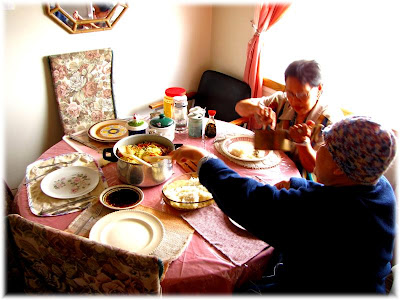 Taken on a different day. At Auntie Pepita's place. I always love going there! It feels like home. Well, That's all for now. Next time, I will post a photo of how much weight I have lost. I'm starting to weigh very good and healthy again (haha). Until next time! Please keep in touch! Love you all!
at April 03, 2009 2 comments:
Email ThisBlogThis!Share to TwitterShare to FacebookShare to Pinterest
Labels: 2009, Spring Season, Weight Management
Newer Posts Older Posts Home
Subscribe to: Posts (Atom)