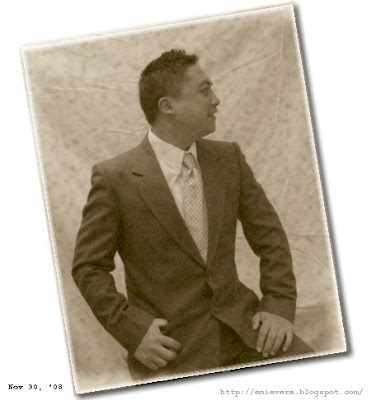 Dear Friends and Family,
I can't believe it, November is over! Pretty soon, it's going to be Christmas! I hope you enjoy the latest photos for the 2nd part of November. I am still working on my Biology. It's driving me crazy sometimes. But oh well, no pain, no gain. Do keep in touch! Love you all! 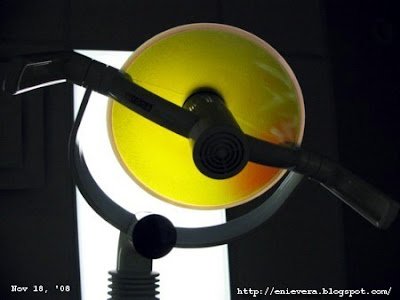 I went to the dentist and found out that I needed some teeth done. Pretty expensive! $250! This is dentist's lamp. When he went to answer the phone (He was working on my teeth that time), I decided to take a photo while I was lying there waiting for him to come back. He hehe. 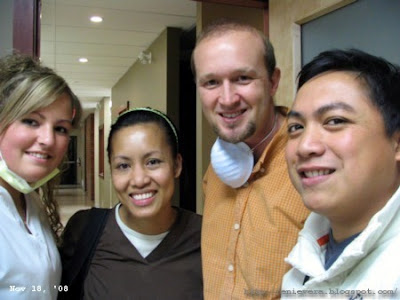 The dental team in Fernie. The guy in orange is Dr. Demmings. He only does white fillings. Most Medical Insurance do not cover white fillings, so be warned. It could be quite pricey. 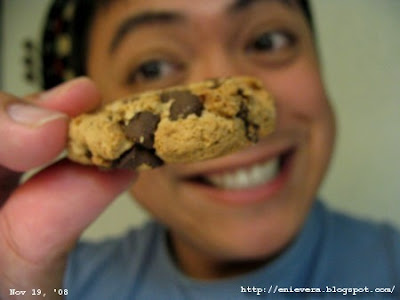 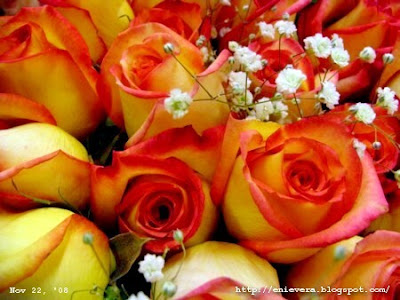 Roses at the grocery store. I just thought they were pretty. 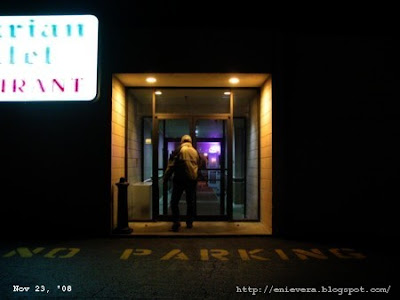 Ron going into a restaurant in Cranbrook, BC. I took this as we were going in for dinner that time. 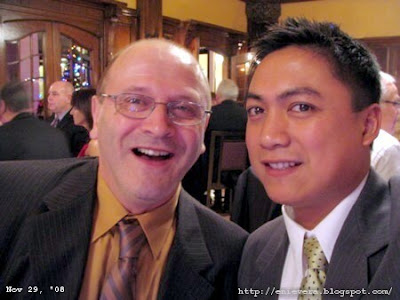 A Very Formal Dinner in Cranbrook. $129.00 per head. But that counted $50.00 donation. This was the 26th Annual Museum Fund raising Event. 2008 Pre-Christmas Gala Dinner at the Royal Alexandra Hall, at the Canadian Museum of Rail Travel in Cranbrook, BC. 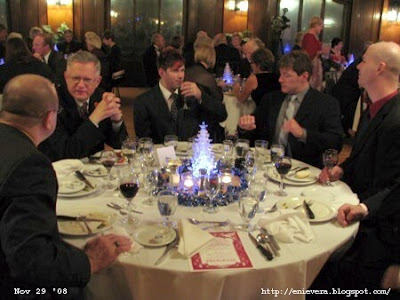 This was our table. The hostess said "Just so everyone knows, we start with the utensils from the outside going in" and everyone laughed. I'm sure that was meant to be funny, but I needed to know that! hahahah! *blush* 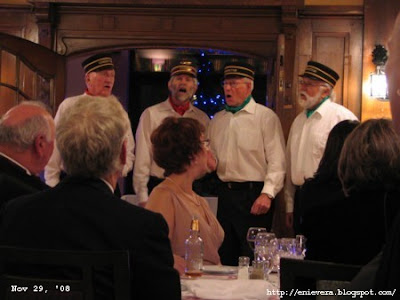 A Quartet named "The Baker Street" singing some Christmas songs. They were good! 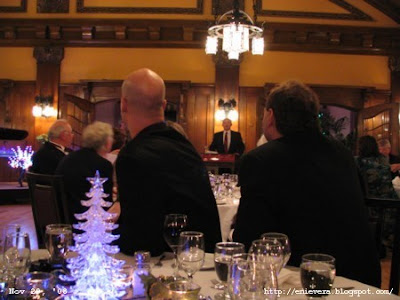 A politician was talking in front. The ceiling as seen from where I was sitting. I was told (If I remember it right) that this entire hall was actually a product of restoration from an old hotel in the early 1900's in Manitoba . Beautiful isn't it? 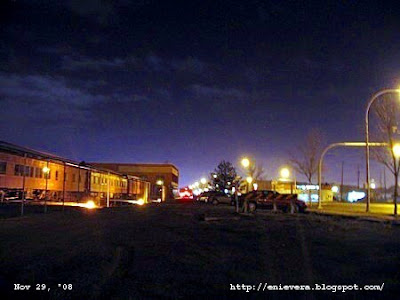 After the dinner. We had so much fun. It was cold outside. About minus 5 degrees Celcius. I took this from where we had parked, just before we headed home. 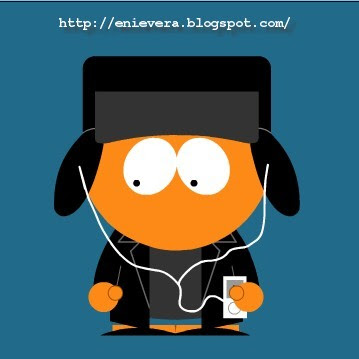 I found a site on the internet that's supposed to make a "South Park" cartoon of people. This was my cartoon. Hmmmmm. What do you think?.
at November 30, 2008
Email ThisBlogThis!Share to TwitterShare to FacebookShare to Pinterest
Labels: 2008, Fall Season