I had found myself in this photo site and had fun with some old photos of mine. Just thought I might share them with you so you can have fun with your photos too.
That site is :
Photofunia.com 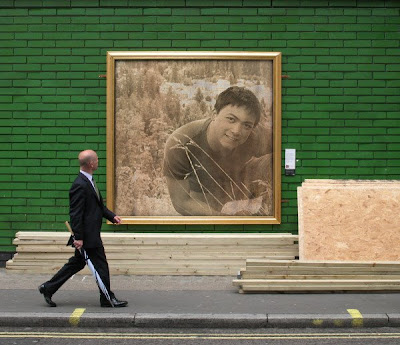 Seriously, I thought maybe I could have used this as a banner for my blog. Ha ahaha. But anyway, it's too vain. So never mind. 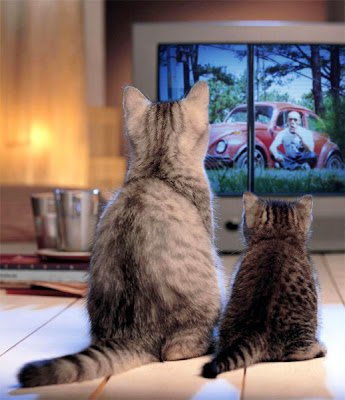 I used to be bald - After I had quit working for Local TV, I had enough of thinking of hair for TV. I used to drive a red Volkswagon beetle when i was in Saint Louis University - Baguio. I miss those days - when I would eat out and pig-out with friends in Don Henrico's and Hang out drinking beer at Le Fondue, TP Cafe, eating out at 50's Diner and drinking more beer without ballooning! Oh! those were the days! 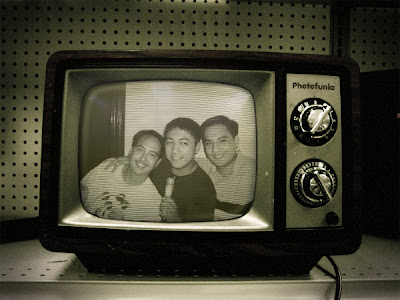 Qryz took the photo that's on the TV screen. That was in 2003 i think. I really miss hanging out with my best friends and Baguio City, Philippines! 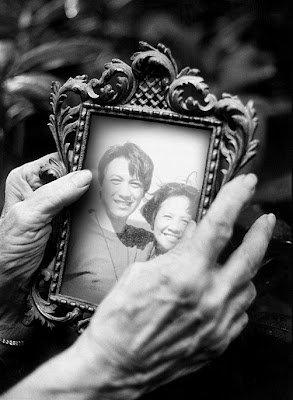 One of my favorite photos of me and mom when I was much younger and life was less complicated (Don't you notice how it seems like yesterdays were so much better... but that truth is, we had as much challenges back then as we do today. I just happen to remember the good stuff). Photofunia put our photo in a photo frame. The composition is perfect but the hands (since I don't know who they belong to) makes it feel creepy for me. 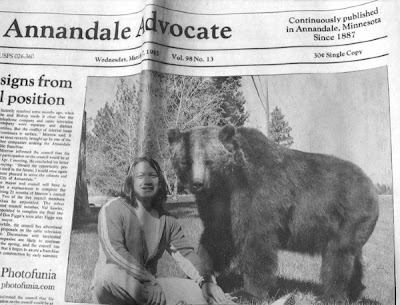 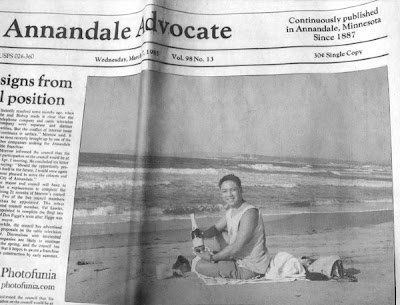 I like this one so much that I thought I would try another photo. After all of these are done, what on earth am I supposed to do with them? I do not intend to print them. I might keep them in my hard drive, but what's the point? I might as well share it. Tada! That's all folks!

at October 18, 2008
Email ThisBlogThis!Share to TwitterShare to FacebookShare to Pinterest
Labels: Little Notes