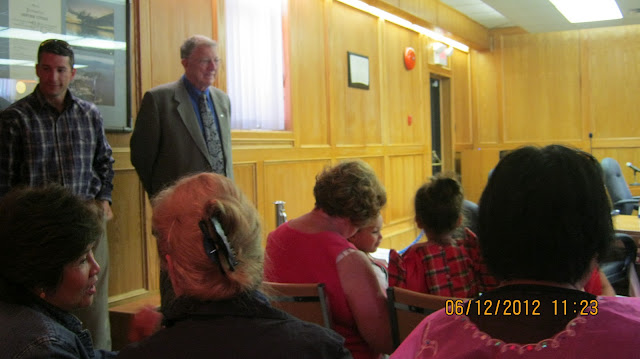 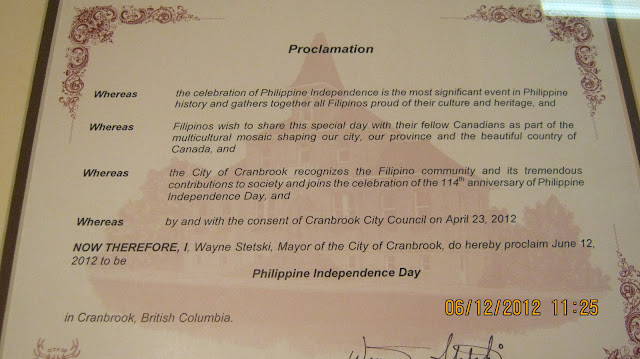 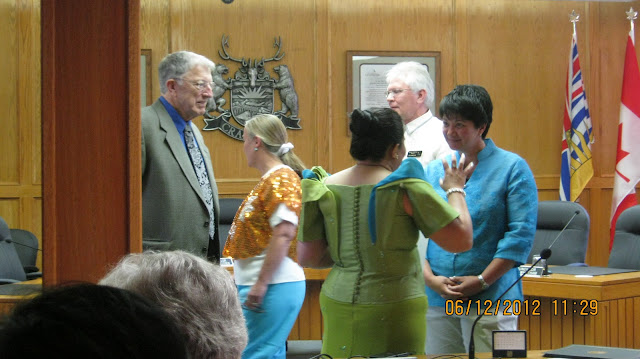 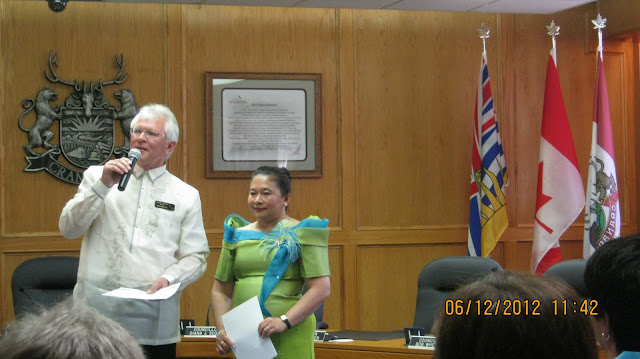 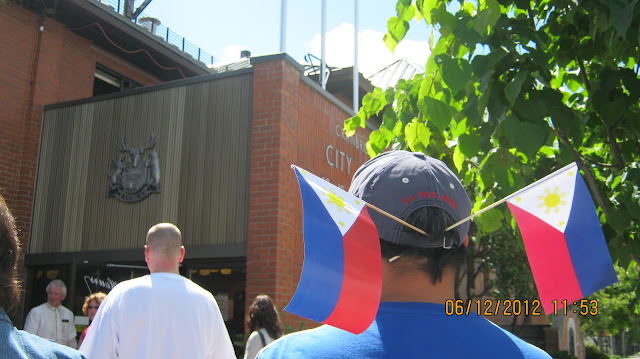 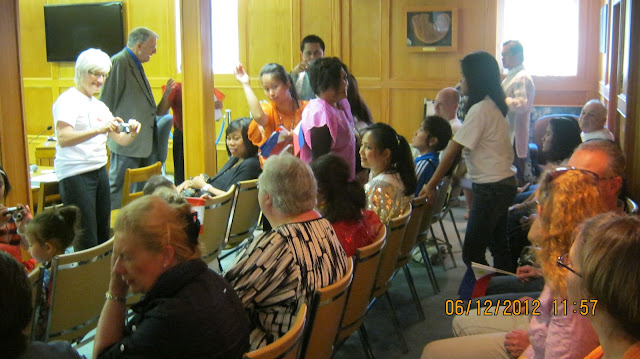 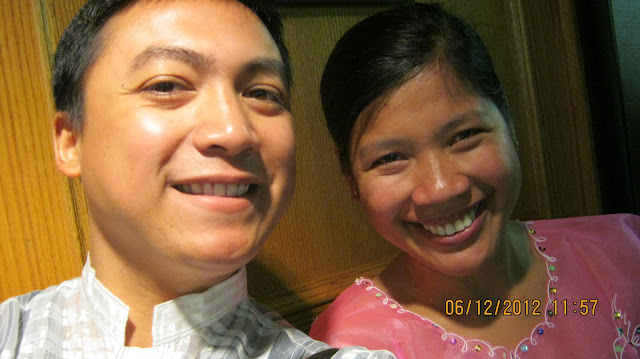 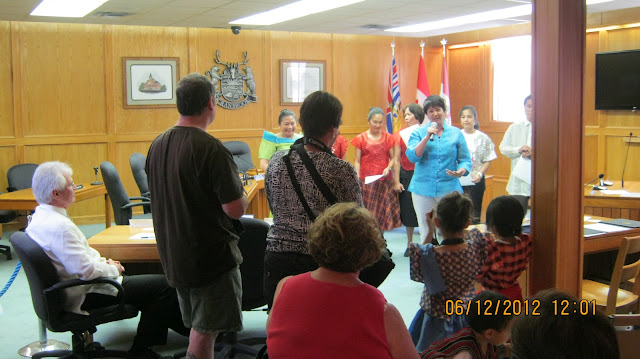 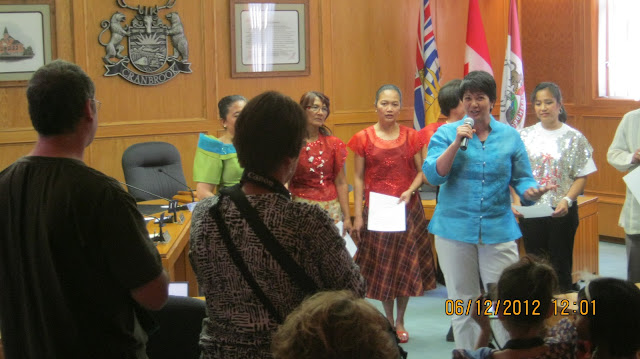 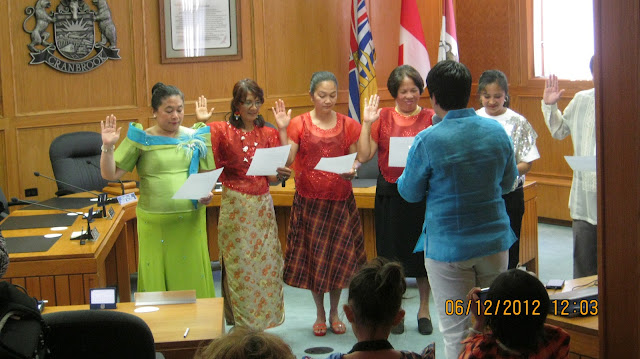 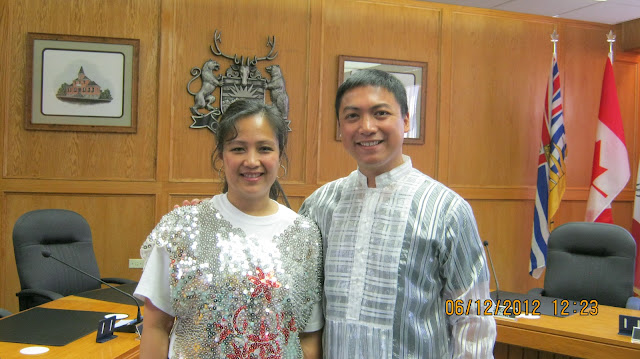 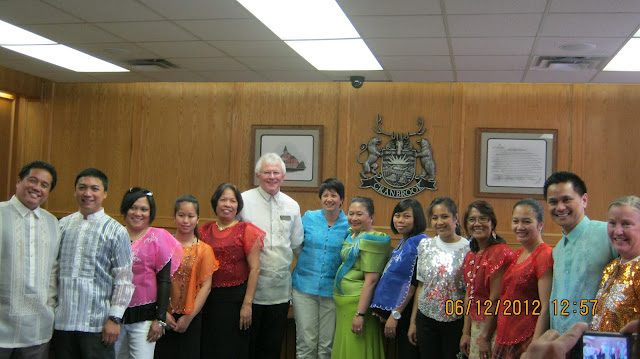 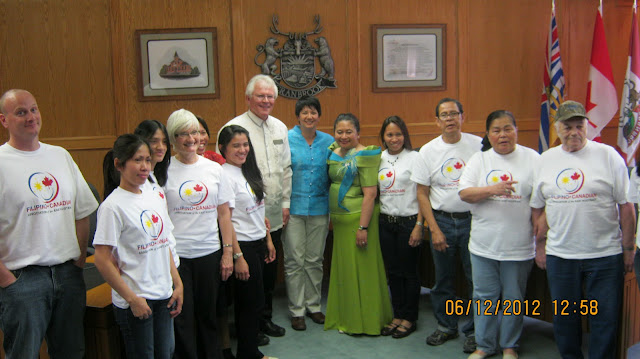 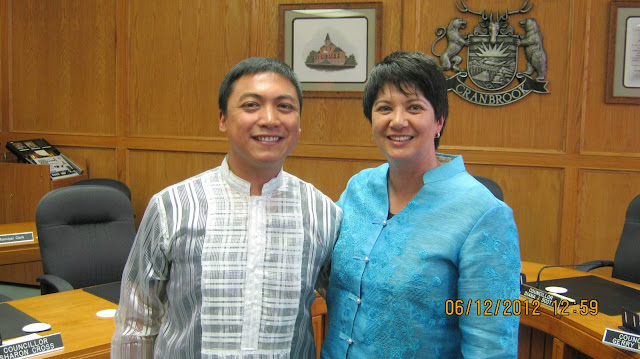 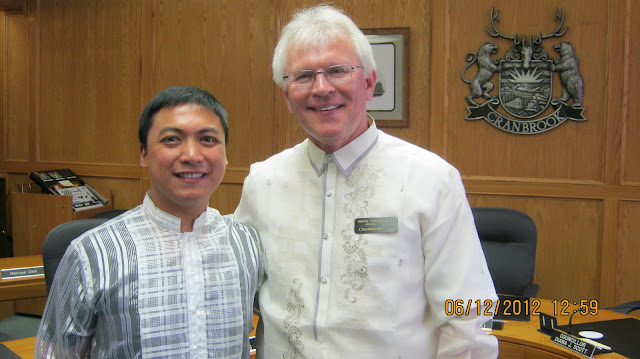 Click on images to enlarge and to begin slide show.
address by Vancouver-Kensington MLA Mable Elmore (a Canadian Filipino), a proclamation from Mayor Wayne Stetski recognizing Pinoy independence from Spain and America, the swearing in of the executive board for the Filipino-Canadian Association of the East Kootenay (FCAEK) and


“On June 12, 1898, the Philippine Republic was established by the Revolutionary Government under General Emilio Aguinaldo, which marked the Filipino peoples’ declaration and exercise of their right to self-determination, liberty and independence,” Roxas-Butalid began. “On Tuesday, June 12, 1962, Philippine president Diosdado Macapagal declared this day as a special public holiday throughout the

Philippines under Presidential Proclamation No. 28 in commemoration of the Independence of the Philippines.


“Half a century later, the Mayor of Cranbrook, Wayne Stetski, by and with the consent of Cranbrook City Council on April 23, 2012, is proclaiming June 12, 2012 to Philippine

Independence Day in Cranbrook,” said Roxas-Butalid, who made the request for the proclamation.
With help from Elmore, a first-term NDP MLA who is currently opposition critic for Multiculturalism, Child Care and Early Learning, the FCAEK was established.

Filipinos in the East Kootenay “as well as nurturing and cultivating the cultural heritage of the Filipino people, its history, customs and traditions. We also make ourselves available for those Filipinos who are in need, especially those who are new in the area. In addition, the association serves as a liaison between the Philippine government through the Philippine Consulate in Vancouver, and the Filipinos in the East Kootenay.”

Jose A.P. Ampeso, Philippine Consulate General in Vancouver, passed on his “warmest greetings and congratulations to the Filipino community of Cranbrook on the occasion of the 114th anniversary of the Proclamation of Philippine Independence.


“I also thank the city officials of Cranbrook for giving recognition to our country and the Filipino community on this occasion,” he stated.

Elmore noted that Cranbrook is only the second community in B.C., after New Westminster, to recognize Philippine Independence in such a fashion.


Thanks for visiting my blog. Please leave a message so I know you were here. Leave some love for me! ((hugs))
at June 12, 2012
Email ThisBlogThis!Share to TwitterShare to FacebookShare to Pinterest